Tech and data freelancing is an uphill battle for women, a majority of whom do not sustain a long-term career in the field. Yet for those who do, freelancing in this field is one of the few where the pay difference is less than in the general private sector and where women can receive similar or even comparatively higher pay to their male counterparts for the same skill set… depending on how long they stay in the game.

The data speaks for itself: freelancing encourages pay parity in a way that salaried work does not. Well, at least it does in our field of tech and data freelancing, where women can earn 6% more than men when specific skill sets and number of years of experience is  taken into account, this advantage is seen in years 7 and 9… doubtless a reflection of the hardshells of the  rare women who have stayed so long in the game. Overall women tech and data freelancers are earning 3.8% less than men. Contrast this to the overall working population: INSEE records (2018) women’s salaries on average as being 16.8% lower than their male counterparts. So while tech data freelancing may be an exception in a not-yet-equal world, it’s certainly not all roses with females being rudely under-represented, struggling to reach the seniority needed to benefit from this potential  higher daily rate. Let’s take a closer look.

We examined data from 28,920 tech and data freelancers working in France. In certain cases the data suggests that overall numbers are pay-parity positive. If you were to divide TJM by years of seniority. Women’s daily rate is 521€ to men’s 503€ per year of seniority, if averaged over ten years, which is the median seniority of our sample. Women with an average of 9.18 years experience report an average daily rate of 478.50€, and men report 507€ for just over 10 years experience: A 3% lead. That is certainly good news, but there’s a flip side.

Seniority is a loaded term

Seniority and experience are more complex than they appear at face value, especially when gender is accounted for. Women struggle to clock as many hours as men, namely because they shoulder the overwhelming majority of maternity and childcare work. Yet “having children” is only one of a number of hurdles women face. A recent report from Girls Who Code  looking at data from the US reveals that half of young women who go into tech drop out by the age of 35. The main reason given was a non-inclusive culture, which is shorthand for everything from lack of promotion to sexual harassment : being overlooked and discriminated against, as well as being discouraged by a lack of flexibility and a dearth of role models.

The second disappointing, yet unsurprising factor is a complete and painful general underrepresentation of women freelancers in tech and data. We assume that our admittedly non-exhaustive data set is nonetheless fairly representative of the overall landscape. It suggests that there are 737% more men than women working as tech and data freelancers  (3,143 women for 23,158 men). This may be attributed to the reasons cited above, as well as a historical lack of women in STEM fields (science, technology, engineering, and mathematics). This again a result of non-inclusive cultures within educational facilities. A similar ratio is seen consistently within specific technologies.

While it’s a hard path, the women that persist stay on par and even surpass their male counterparts in terms of daily rates. A seachange appears to happen around year seven. This is clearly illustrated in certain technologies like Java, where women with seven years experience report an ADR of 609€ to men’s 566€. Looking at the same population,  when they  only have  three years experience the pay balance disadvantages women by 20 euros per day. In PHP, women with two year’s experience earn 20€ less than men, a trend that inverses at year eight. This points to a sort of survivorship bias, where for the few women who do remain freelance after seven years, are those that are able to negotiate a better daily rate.

Virgile Raingeard, pay parity expert and founder of Figures, argues that negotiation has a huge impact on the gender pay gap. The more one is required to negotiate, the better men fare when it comes to salary. A recent study from his pay parity agency records a massive 26% pay discrimination for women in  sales leadership roles (Head of Sales, VP Sales, Chief Revenue Officer) -these roles being the epiphany of required negotiation. “Women in those positions are paid on average 26% less than men, despite holding the same job, at the same seniority level, and in the same work location. Is there any role in which there could be more salary negotiation than a Sales Management role?” He asks. And in a similar vein, one may ask: is there any role that allows for less salary negotiation than tech and data freelancing, roles that are often contractualized through a digital platform and third party? Perhaps this 3.8% can be understood as the possible negotiation margin available to tech and data freelancers.

Freelancing through third party platforms allows candidates to  skip the oft-discriminatory negotiation step.  And in addition the lack of hierarchy innate to the freelancer’s position allows one to sidestep questions of rank and associated pay grades, most-often unfavorable to women. The fields of tech and data value numbers more than small talk, creating the potential for a certain neutrality. Could tech and data freelancers become the pioneers of pay parity? Here at Comet, that’s our hope, and one we’ll strive to support as we move towards a more equal future of work.

The implications of these trends are in no way a women’s issue. IT has become the powerhouse of every company, and freelancers, the electricity allowing them to become agile and reactive. In the US over half of tech and data workers are freelancers by choice, and here in France we are moving in the same direction. The gender pay gap deserves our attention because greater diversity is linked to more innovation, and reducing bias raises tech company share prices, according to the same US-based study from Girls Who Code. Ninety-one percent of senior HR leaders and human resources officers in the survey were reported as saying  that attracting women with tech experience/education is critical for their company’s success. 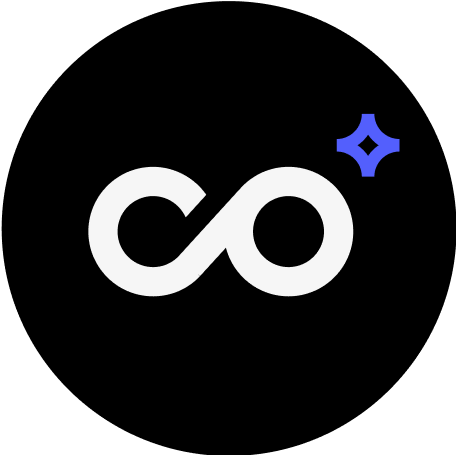