Ready to build: a new future for work

Hypergrowth can make it easy to confuse speed with haste. Comet is my first company and I can admit that beginners' mistakes have been made. But throughout these challenging times our greatest strength has been learning to bounce back and know how to best surround ourselves.

Whether it's thanks to the team’s resilience, the board’s experience, or the wisdom of more seasoned entrepreneurs, I have always been able to find answers from the great people I’ve been able to rely on. In 2019, we solved our structural problems one by one. Yet nothing could prepare us for the unprecedented economic crisis this year was about to bring. Because if 2019 was a roller coaster, 2020 was a virtual-reality trip to dystopia. This article was born out of a desire for transparency and quest for constant feedback. I invite you to discover Comet’s 2020 as we experienced it from the inside.

January-March 2020: The calm before the storm

Back in January 2019 we had the impression that we were starting from scratch...again. Then at the beginning of 2020 we felt that we had all the right conditions to start the year strong.

The health of our business was the proof of the immense collective effort we had made over the past months. Between the explosion in income (+20% per month between September 2019 and February 2020) and the arrival of ten new recruits including our new Head of Sales, we had every reason to be optimistic. We had also just found our Head of Community: the last essential element of our executive team. With the recruitment process complete, we had the feeling we were ready to take on the world.

Sadly, this didn’t quite roll out as we had hoped.

The last people to board the ship were the first to leave. In mid-March, the confinement forced us to separate ourselves from certain employees. And while the morale of the team and our investors was higher than ever, we found ourselves in a major crisis once again. The calm had been short-lived.

While a CEO must be able to constantly adapt to a changing environment, nothing can prepare you for an event like Covid-19. For a company, this translates into a total questioning of its financial forecasts and economic model. At the individual level, fear for one’s health and that of loved ones adds up to an unprecedented degree of uncertainty surrounding a daily upheaval, both personally and professionally.

According to Pete Flint, General Partner at the well-known NfX fund, a CEO has three distinct roles during a period of widespread economic downturn:

→ Limit losses: These are the most difficult decisions for a CEO, in Ben Horowitz's famous The Hard Thing About Hard Things. Dismissal during the trial period, a shift to part-time and the freezing of recruitments are among them. The aim is to keep costs as low as possible to operate as a Minimum Viable Company.

→ Ensure the psychological safety of his team: While the consequences are terrible for those who leave, the impact on those who remain cannot be overlooked. While teleworking has always been an integral part of Comet's culture, the isolation imposed by the lockdown was totally different to the flexible working conditions we were used to.

→ Prepare the groundwork: Beyond adapting the team and the objectives to the present moment, it is by anticipating the post-crisis period that a CEO will really ensure the company’s survival. Raising seven million euros in an intermediate round from our historical investors and new business angels in the midst of a pandemic, was a victory. It is also in this context that we decided to reorient our efforts on R&D.

One of the aspects that touched me the most as CEO was the collective resilience within the ecosystem around me. I was fortunate to be able to benefit from the feedback of leading entrepreneurs who had already founded several companies in their life and for whom Covid-19 was the second - or even third - major crisis as CEO.

Being able to confide in other entrepreneurs and help each other is and has been a real lifeline for me. I  learned to familiarize myself with the notion of Wartime CEO from my friends Paul Guillemin, co-founder and CEO of FretLink, and Pierre Mugnier, co-founder and CEO of Side. Their support was all the more valuable in a context where the watchword was expected to be one of the worst hits, putting our situation into perspective.

The global pandemic means the whole economy is in trouble. In such an unfavorable environment for risk-taking, most of our clients' major upcoming IT projects have been postponed until further notice. While the majority of current assignments with freelancers in our community have been maintained, yet this was short-lived relief: on the human side, confinement was a time bomb.

In the space of six months, Comet will have lost half of its crew. In addition to ruptured trial periods, the lockdown added a wave of departures. Among these, both promising newcomers and early-stage employees.

I have identified three factors that contributed to this wave of departures:

Remote working, that went from a voluntary to imposed was a complicated transition. Geographic flexibility has always been part of our DNA, yet our culture has always been based on proximity. For some, this imposed physical distance equaled disengagement, and too often  identified too late.

The widespread use of part-time work (except for the Tech team) created a barrier between employees who continue to work and those who are temporarily off work. If this government measure allowed the survival of many companies, its effect can also have the indirect consequence of the misalignment of employees who find themselves confined and without activity.

Many personal projects emerged during the lockdown. Creation of own-companies, long-distance moves, full-time paternity or even the call of freelancing: for many Comet employees, 2020 is also a year of new beginnings.

For a CEO, facing such a wave of departures is a shock. As well as provoking its fair share of questioning, the departure of some early-stage employees leaving the team added sadness into the equation. However, seeing people for whom I esteem so much to embark on their entrepreneurial adventure rebalances the scales.

Yet it was heartening to see that team regain optimism and Comet bounce back at the end of confinement. Despite a small squad, we are getting back to the nimbleness of our beginnings by learning from past mistakes.

June 2020 marked a new record for sales, with income three times higher than the same period in 2019. Seeing the growth take off again only four months after the beginning of this crisis, was an incredible victory for the whole team.

September marked a new milestone for Comet. After a summer in line with the record performances of June, we were 15% above our business plan forecasts for 2020 - and this, despite the Covid-19. A peak in activity at the start of the school year confirmed the trend of previous months and brought us closer to a symbolic threshold: income three times higher than in 2019 with a burn rate divided by four!

And as we get ready to say goodbye to 2020, we are left with one certainty for 2021: Comet has the speed and power to go far. With the intermediate round raised in March, we have several years ahead of us to build and promote our vision of the future. So our first objective is set for 2021: to triple 2020 revenues. Market, team, product, motivation: everything is in place to succeed!

This crisis has pushed companies to accelerate their digital transformation exponentially and we are here to support them! We can bet that 2020 will also be remembered as the year when teleworking, practiced and evangelized by Comet for four years, became not only a reality but also a necessity.  Covid-19 has dealt us an economy that forces us to rebuild and rethink our relationship to work.

Earlier this year, Marc Andreessen published his decidedly provocative essay, It’s Time To Build. We are convinced that this reconstruction will happen through freelancing. We are as convinced as ever of its virtues - and those of remote work. The current context has anchored this belief by accelerating the arrival of these two tidal waves. We feel better equipped than ever to facilitate, accelerate and secure this new way of working together. We believe it is the best way to ensure psychological well-being and safety at work, the health of our economy, but also the future to which we as a society aspire.

“Our nation and our civilization were built on production, on building. Our forefathers and foremothers built roads and trains, farms and factories, then the computer, the microchip, the smartphone, and uncounted thousands of other things that we now take for granted, that are all around us, that define our lives and provide for our well-being. There is only one way to honor their legacy and to create the future we want for our own children and grandchildren, and that’s to build.” — Marc Andreessen 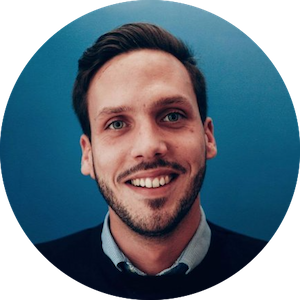